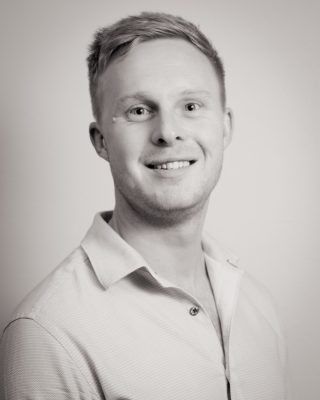 Ryan studied Physiotherapy at the University of Canberra, having previously completed a bachelor’s degree in Human Biology and Honours in Sports Studies focusing on elite athletic performance with the ACT Brumbies.

Ryan completed a physiotherapy internship with the Canberra Raiders and has travelled with both Triathlon Australia and the National Uni Games. He has previously worked with NZ Hockey, the Canberra Demons NEAFL team as well as numerous local sporting teams. Ryan is a GLA:D certified physiotherapist, with a background in Strength & Conditioning and soft tissue therapy. Ryan believes in a holistic approach to rehabilitation, combining hands on manual therapy with strength training to optimize outcomes and increase patient autonomy.

Having competed at a national level in Futsal and grown up playing soccer, touch footy and any other sport he could find time for, Ryan is passionate about sport, fitness and physical activity. He loves scuba diving, snowboarding, mountain biking and enjoys playing music in his down time.

Ryan has a keen interest in rehabilitating sports-related injuries, hip and knee OA and improving movement and function.